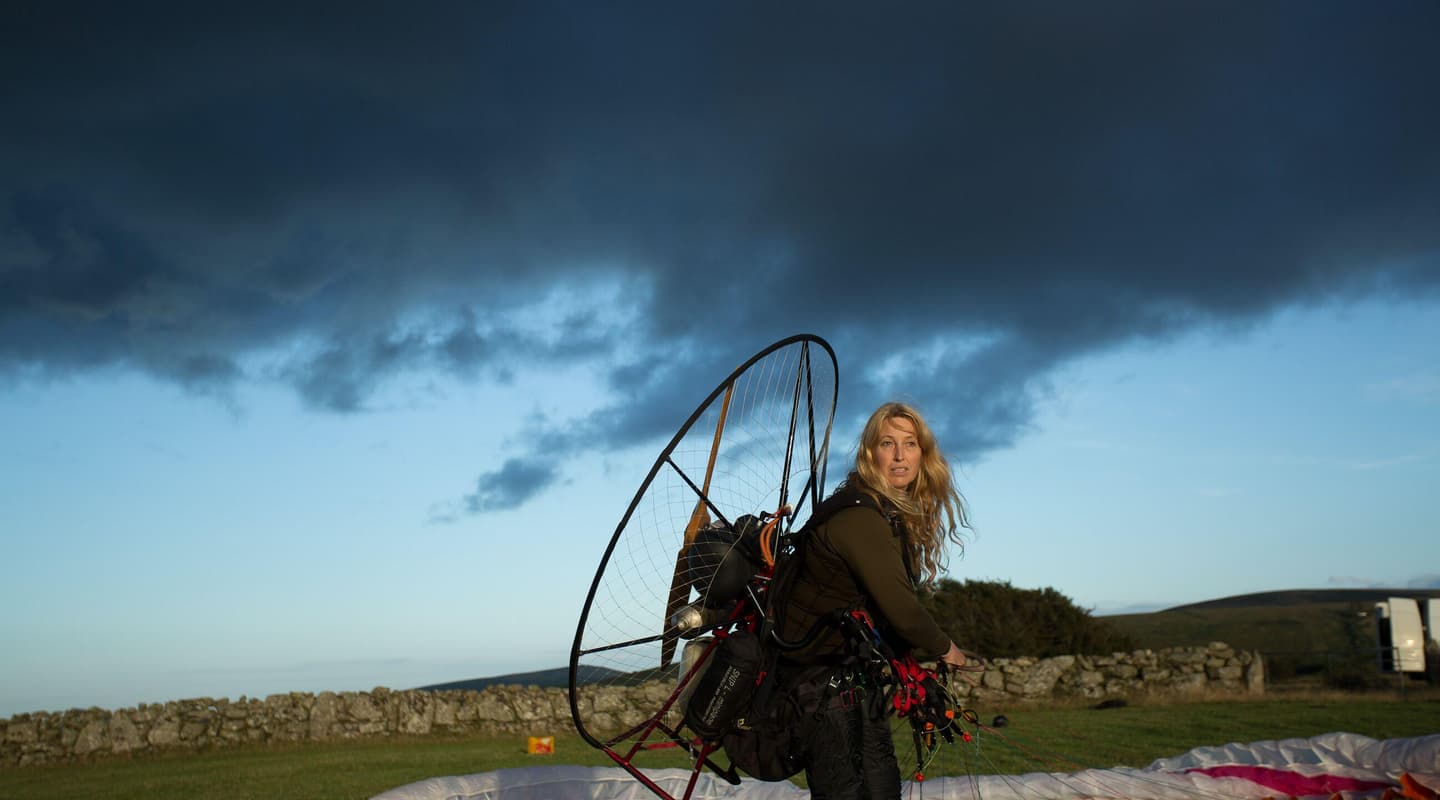 It’s no secret that when it comes to a conservation project we will be the first to commit our support.

Back in January we announced our partnership with Sacha Dench, founder of ‘Conservation Without Boarders’, as she and her team began plans for an ambitious expedition. Sasha is set to take on a world-first circumnavigation of mainland Britain, in a specially adapted electric paramotor.

‘Human Swan’, Sacha, is known for her global expeditions with migratory species, but has this time turned her focus to climate change after losing her family home in the recent Australian bushfires. This expedition will see Sacha fly over 3000 miles around mainland Britain. The attempt is an extreme test, over some challenging and spectacular landscapes. The hope is to set a new Guinness World Record for the fastest, and first, flight around Britain in a paramotor – and the first in an electric one!

On the way around Britain, Sacha and a ground crew will be meeting people from all walks of life, trying to answer the question ‘Britain drove the Industrial Revolution, can we drive the Green Revolution? The crew will travel in electric vehicles, interviewing people who are working hard to promote sustainable approaches that will help Britain archive Net Zero by 2050. The team will be hosted by climate heroes from industry, agriculture, communities and conservation that are providing campsites for the team each night.

The expedition and campaign will be shared via live video updates from air, ground and underwater. The aim is to rally enthusiasm, optimism and ambition from the whole country to cut our carbon footprint, at work and at home. A compilation of the stories discovered will be presented at COP26 in Glasgow, in November. The second World Record attempt is a mass public call to get at least 140,000 people to sign up to CountUsIn, a global carbon initiative, in one month. On achieving this every participant will be able to download their own Guinness World Record certificate saying they were part of a world record https://www.count-us-in.org/.

It all starts in Glasgow on June 18th and you can follow Sacha and the teams progress online here once the expedition starts on the 20th June: www.climatechallenge.live

We are expecting to welcome Sacha early in July and will keep you posted on times and dates. If you would like to join us to welcome Sacha as she lands at Mawgan Porth, please email [email protected]

Dates are weather permitting but we’ll keep you posted on her progress.

“I am very thankful to all the sponsors and supporters who have stepped up to make this happen, particularly our major backers EDF. The support has been overwhelming, from companies to teachers, heads of government and individuals who have donated – getting us to take-off has been a mass effort.

Along with testing the capability of electric flight, and challenging what we think is possible, together we want to capture the imaginations of the young and old, rural and urban, and focus on answers to the climate crisis – not problems – and encourage everyone, to get involved. Climate change has to be seen as a mountain we can climb, not a dark cloud on the horizon too big to think about.

My hopes for COP26 are that the whole country shows up, whether in person or in spirit, with the aim of acting, collaborating, sharing challenges and ideas, not just to be seen to be there. I hope that all the decision-makers involved in COP remember to hear the voices of people around the country and around the world. For global corporations, these people are your staff, your children, your future customers. I also hope that companies realise that they are mass influencers with the power to choose our future, to shift our economies into hyper-drive on climate action before it is too late… or not. With all big adventures, as Mandela said, it always seems impossible, until it is done.” Throughout July, you can find Marcel’s shop in pop-up form at Bedruthan Hotel.